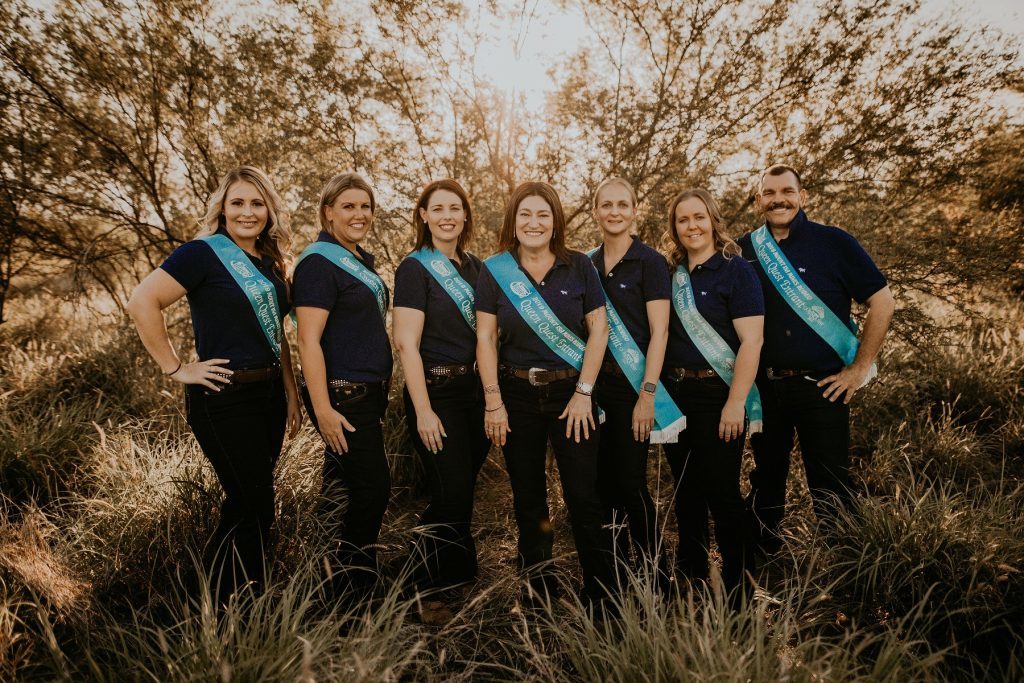 Only the second man in the Mount Isa Mines Rodeo’s 60 year history has tossed his akubra in the fundraising ring as an entrant in the event’s famous Isa Rodeo Queen Quest.

Tony “Tonka” Toholke is hoping to draw the same attention to the legendary rodeo and a cause very close to his heart, This is a Conversation Starter (TIACS) Foundation, which aims to facilitate conversations around mental health.

Next month, Tonka will walk from the Northern Territory border to his hometown of Mount Isa, 203km along the Barkly Highway with only the tiny town of Camooweal (population 187) to break the dramatic Outback scenery.

Tonka is one of seven entrants in this year’s Mount Isa Rodeo Queen Quest, the largest contingent in at least a decade, according to Mount Isa Mines Rodeo Chief Executive Ms Natalie Flecker.

“As we celebrate our 60th year, it is a real tribute to Mount Isa that we have seven entrants, who have all been working really hard to raise money for their local community, and who are being so generously supported by our local businesses, and their friends and families,” said Ms Flecker.

“The Isa Rodeo is a not for profit organisation and the rodeo itself, of which the Queen Quest is an important part of fundraising, is very close to the milestone of giving $5 million back to our community.”

In 1999, Brett Peterson, who later became deputy mayor of Mount Isa, caused a stir as the first bloke to enter the quest. He won the rare double of Rodeo Queen and Charity Queen.

Tonka says he is focusing on fundraising, particularly his Walk About Walk-a-thon from June 17 to 21.

Tonka has personal mental health challenges and says exercise, like walking, is a positive assister to fighting depression.

Ms Flecker paid tribute to the entrants’ commitment to their respective charities. “They are really dedicated to their fundraising and getting their charity’s names out there,” she said. “There have been some amazing fundraisers – from a quad bike enduro race to Dinner under the Stars at Lake Moondarra, a charity dinner on the footy field and much more.”

The Mount Isa Mines Rodeo will be held from 8-11 August, and is expected to attract more than 600 of Australia’s competitors and almost 40,000 visitors to experience the rodeo festival including an entertainment lineup led by  `The Voice’ John Farnham performing live in the arena, Lee Kernaghan, Birds of Tokyo, Busby Marou, Casey Barnes, and more – as well as the Isa Street Festival, Mailman Express horse races, bush poets breakfast and markets.

Tickets are on sale now via www.isarodeo.com.au